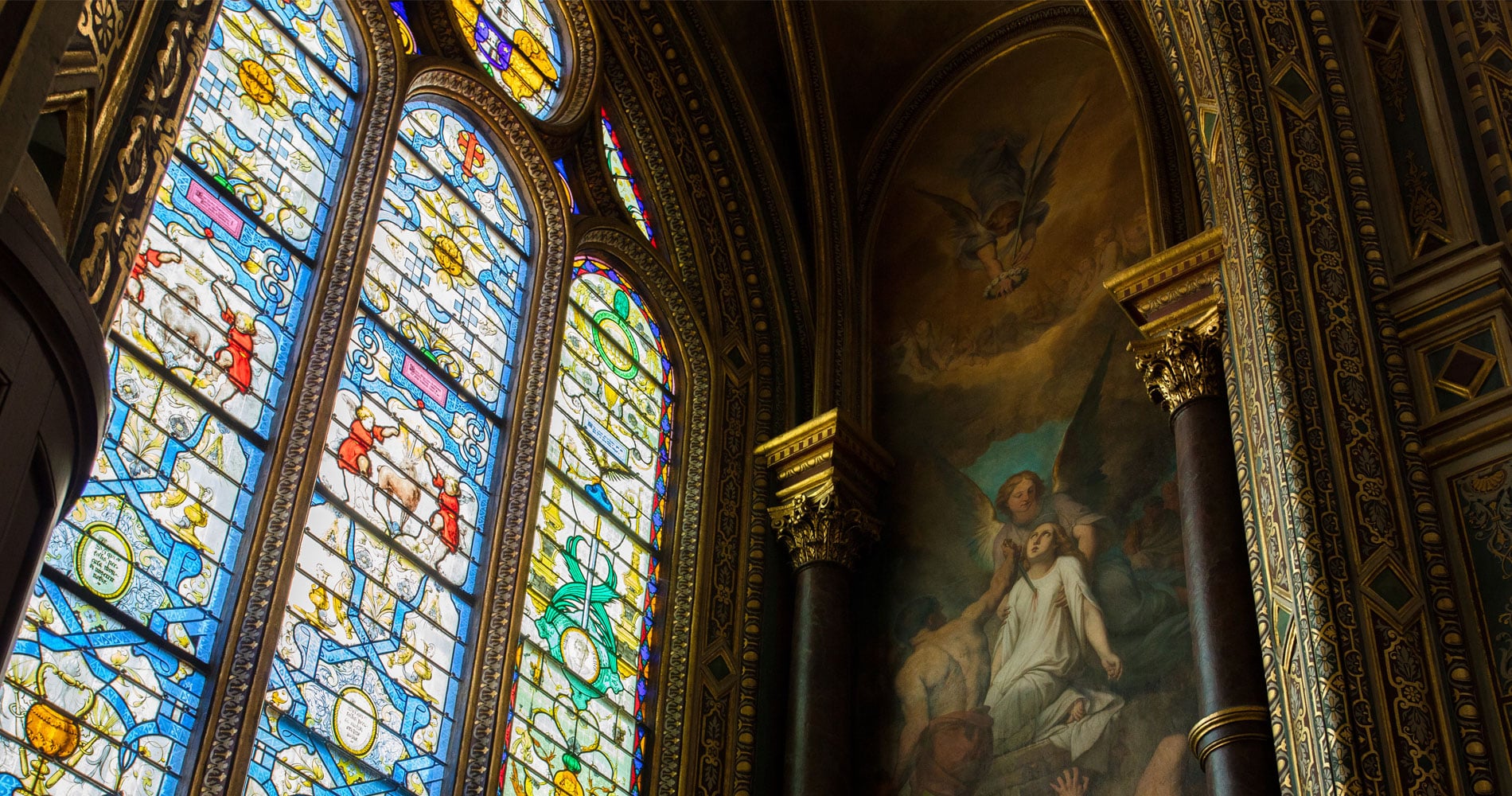 Catering
Chapel of the
Holy Angels

The Chapel of the Holy Angels was the subject of 1633 of a decoration contract between the du Val familywhose coat of arms appears on the set and the painter Antoine Ricard (1600-1652).

On the left 4 kneeling men catch the eye: the first, dressed in armour and a large lace collar is Charles du Val. Behind him, a clergyman in camail and surplice is Claude du Val, son of Charles and Lucretia. The sons-in-law of the latter complete the picture. Above, Christ surrounded by angels appears in the cloud to the Blessed Virgin. At his feet stands Lucretia of Montivilliers, the donor, wife of Charles Du Val.

The ceiling is filled with cherubs.

On the opposite wall, dominated by the Eternal Father, Saint Michael throws the fallen angels into hell.
An inscription recalls that the paintings were covered with thick whitewash during the Revolution, then restored under the leadership of Baltard in 1850..

Restored again by the City of Paris on the occasion of the exhibition "the colours of the sky" in 2013.

Angels and the coats of arms of the du Val also appear on the entrance to the chapel.

In recent years, the Paris City Hall, the owner of the premises, has allocated the necessary funds for major renovation work and for the renovation of six chapels. In the future, the effort will continue in accordance with the City's financial possibilities.

The Chapel of the Holy Angels in its previous state